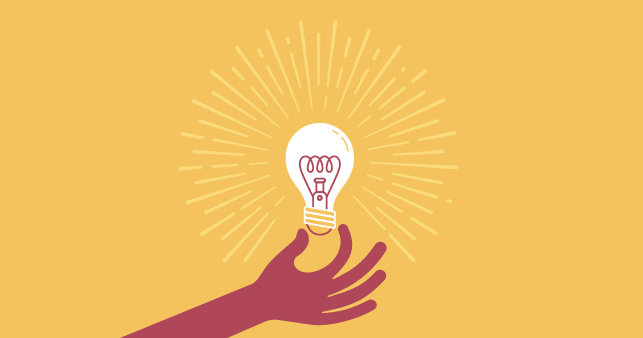 They were both great.

Silly joke? Yes and no. Because while economic downturns are serious business, it’s also worth remembering that during periods of major economic upheaval, wealth doesn’t so much disappear as changes hands.

Money still flows. Ideas still flourish. And for every restaurant that experienced hard COVID times (and you have our sincere sympathies), there is a pharmacy that saw its sales of hand sanitiser go through the roof. The fact is that history is peppered with examples of companies and individuals who have either got their start, or prospered further, during economic downturns. A few examples? Read on …

General Electric in for a Shock

If Thomas Edison was such a genius (with a much belated hat tip to Lewis Latimer for inventing the Carbon Light Bulb Filament), then why did he choose to start his company during the major economic downturn of 1890? Despite a rocky start, General Electric rose to become – well, General Electric; a category leader that is represented in every major market in the world.

The Walt Disney company needs no introduction today, but when brothers Walt and Roy Disney founded Walt Disney Productions in 1929, after labouring for six years under a different name, no-one had heard of them. But starting Walt Disney right at the beginning of the Great Depression proved to be the turning point. The general public, starved for feel good entertainment, flocked to watch the shenanigans of a certain mouse, and the company rode on Mickey’s back, all the way to becoming the huge entertainment factory we know today.

Charles Darrow gets a Monopoly

When Charles Darrow found his job as a heater salesman cooling off during the Great Depression, he turned his attention to a board game. While there’s some controversy around the actual inventor of Monopoly, there’s no doubt to the cause of the game’s eventual success: Charles Darrow’s drive and vision. He spent several years perfecting the board game before selling it to Parker Brothers, collecting a lot more than $200 when he passed ‘Go’ to become the world’s first millionaire game designer.

Jobs Gets to Work

The famous Apple company actually started in 1975 (during another economic downturn, incidentally) but the Apple that we know today was largely born at the turn of the millennium: right as the dot-com bubble burst. Not a good time for a tech company to be forging new ground? Perfect time, if your name is Steve Jobs and you’ve got a vision. He helped develop the iPod to great acclaim, paving the way for the rest of Apple’s much loved products and re-establishing them as the pick of the bunch in consumer products.

In 1930, J. Paul Getty inherited $500,000 (about $7,718,473.05 in today’s money, according to inflation calculators). Now no-one is disputing that that’s a pretty nice sum to be handed, but it was what he did with it that made his name as one of the most astute (and perhaps even a little lucky?) investors in history. Showing a combination of incredible timing, business sense and moxie, Getty invested heavily in sagging oil stocks, snatching them up at Great Depression prices and then watching them rise, along with his fortune, once better times returned.

It’s Good to be King

Burger King began life a long way from the throne. It was 1954, in the shadows of the Korean War and the inflationary effects that was having on the US economy, when David Edgerton and James McLamore bet on the American consumer’s appetite for burgers and came up trumps with their rebranded fast food outlet.  The fast food industry is certainly full of ‘healthy’ competition, but Burger King has stood the test of time (and many economic downturns) to remain one of the chosen brands when the world wants a tasty burger – fast.

There’s no doubt that 2020 hasn’t delivered the business – or living – conditions that any of us predicted or wanted. But that doesn’t mean an end to business. Just as with the Great Depression, the Great Recession and countless other economic downturns, opportunities still exist, money still flows and good ideas will still win out. The future will belong to those who can adapt to ‘the new normal’, so with that being said, the only question you need ask yourself is: What opportunities are there for your business to adapt and thrive?

An employer’s obligation to an employee coping with bereavement.

In the extremely sad and unfortunate circumstance of an employee losing a loved one, are you aware of their associated leave entitlements? ...

How To Manage Absenteeism

Employees not presenting for work, either habitually or for a prolonged period of time, is an ever present issue for businesses. In 2017, it...

Why should employers care about Government changes to parental leave?

The new Government has jumped straight into action on a number of its commitments, with the latest workplace change on the agenda being the ...